The boom breakfast is brought to you by 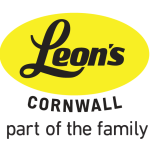 I am a proud lifelong Cornwallite who has an  affinity for bacon and many other B words like Bourbon, Beards, (craft) Beer, BBQ and all things breakfast.  Many of the artists you enjoy on boom 101.9 live in my personal vinyl collection. I am married to Celine(yes someone was brave enough to say yes) and we have two teenage kids, Janie & Max (who apparently already know more than us). I am a huge Habs fan, I like to collect bobble heads and other cool figures(many can be found on my desk). One thing people don’t know about me is that I play the harp to relax and tame my pet snake.

Bill loves two things… his family and traveling. Radio has given him both. The Rocky Mountains, the Atlantic ocean, the Carcross Desert and the amazing Caribbean Island of Jamaica are just some of the places that radio has taken Bill to. Between Belleville, the Yukon and right here in Cornwall, Bill’s family has grown and thrived because of radio. He wouldn’t want it any other way.

BTW… there is a third thing that Bill loves. Hot tubs. Bill would like a hot tub. Radio hasn’t gotten him one of those yet but he waits… diligently, hoping someday it will.

A film that began as a student film has gained film festival recognition, and is now on the Oscar radar.